Although at first sight my work seems to be inspired by Pop-Culture, my primary intention is to create new destinations. Viewing my work, the person gets lost and their imagination makes them read different versions of perhaps the same scenario.

For a long time I have been trying to confront my emotions and my memories, stereotypical and old-fashioned images from across the Atlantic that made me dream so much as a child and teenager; a magical and unreal world populated by cowboys, big cars, shiny motorcycles so far and yet so close thanks to movies, music & magazines. The real truth being it’s all largely repulsive but at the same time can be attractive. I’ve created a world populated by these Disney pictures, toys, superheroes, comics, signage & architecture all from another era, mixed with my memories of travel and meetings around the world.

For some time now, I have been working in parallel on two fronts, on the one hand trying to redefine this universe by mixing, enlarging, even destroying these cliches both ideological and perceptive to give new meaning and a different interpretation.

On the other finding a pictorial approach which borders abstraction & figuration with the visual form, the work of gestures, lines and the addition of objects in relief, collages, other materials. This quest is in perpetual mutation without my knowing the destination. It’s a journey. 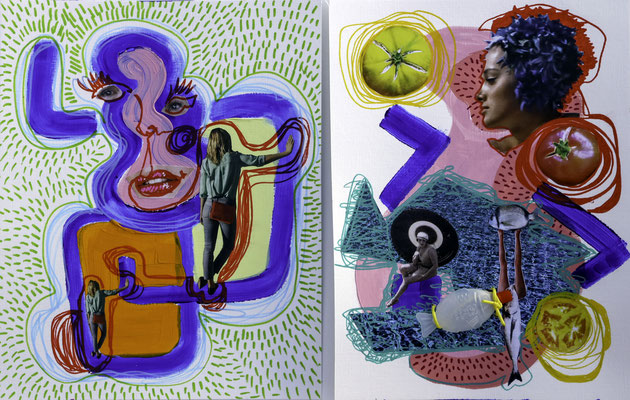 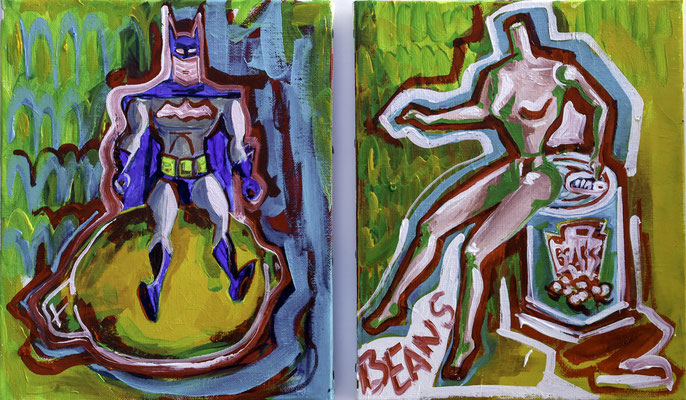